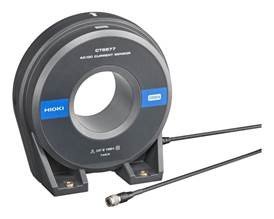 AC/DC Current Sensor CT6877
This pass-through current sensor measures large currents of up to 2000 A AC/DC with a high degree of accuracy. In addition to those measurement capabilities, the product’s broad frequency band and high noise resistance make it ideal for use in evaluation of inverters (devices that convert direct current to alternating current) used in electric vehicles (EVs) and hybrid-electric vehicles (HEVs), which are being designed to handle increasingly large currents and high switching frequencies, as well as of the batteries used in those vehicles. 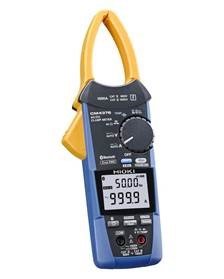 AC/DC Clamp Meter CM4375 and CM4376
These clamp meters feature new, thinner jaws (clamping sensors) that are easier to clamp around wires in confined spaces. Conventional clamp meters have jaws that are too thick to fit around some cables, hindering measurement work. Hioki improved the shape of the jaws in response to feedback from technicians in the field to enable measurement in locations where it had been impossible in the past.

*The AC/DC Clamp Meter CM4376 received an Honorable Mention Award in the Japan Electrical Construction Association’s 58th product contest, which was held at the JECA Fair 2019. 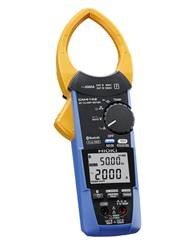 AC Clamp Meter CM4141 and CM4142
Despite their large diameter (55 mm), these instruments’ jaws (clamping sensors) pass easily through gaps between wires thanks to an extremely thin profile. They’re also warrantied for 30,000 cycles, up from 10,000 cycles for previous models, thanks to a more robust design. Hioki made both products easier to clamp around wires and more rugged in response to feedback from technicians in the field so that customers will be able to use them even longer.

The Good Design Awards were founded more than 50 years ago to evaluate overall design and encourage excellence in its pursuit. Hioki has received a total of 75 of the awards since 1985, including two Long Life Design Awards.

Hioki’s goal is to enrich lifestyles and society by designing measuring instruments that are pleasing to hold and satisfying to use. The Good Design Awards earned by the AC/DC Current Sensor CT6877, AC/DC Clamp Meter CM4375 and CM4376, and AC Clamp Meter CM4141 and CM4142 attest to the product’ measurement functionality as well as their fulfilment of customers’ needs.