Many types of hazardous industrial installations must handle a variety of dangerous gases as fuels, feedstocks or final products. If these escape their containment through human error or mechanical failure, they can threaten equipment, cause environmental damage or prove toxic to humans.  Article by Tan Shing Yenn, Asia Pacific Product Manager for Flame & Gas Detection at Emerson Automation Solutions.

While some gases have characteristics that are easy for operators to detect, others can be odorless or accumulate in areas which are unmanned for extended periods. To protect workers and plant assets, such hazard installations are usually mandated by country regulations or safety case regimes to install toxic gas detection systems.

The two sensor technologies applied most commonly for these applications are electrochemical and semiconductor detectors, thanks to their sensitivity, versatility and durability. Both technologies have evolved and improved over the years and offer useful capabilities. Let’s compare and contrast the two to determine where and when they provide the greatest advantage.

The electrical properties of certain metal oxides have been successfully employed in gas sensing devices. Tin oxide or tungsten oxide combined with other products can provide a high level of detection when assembled with a gas sensitive resistive film, a platinum heater element and an insulation medium. When exposed to the subject gas, molecules react on the metal oxide surface and dissociate into charged ions or complexes, altering the resistance of the film. This variation of the sensor characteristic resulting from the interaction of the gas molecules with the film is measured as a signal and is completely reversible. This signal is then converted to a gas concentration.

For reducing gases such as carbon monoxide (CO), hydrogen (H2) or hydrogen sulfide (H2S), the surface reaction takes place with preabsorbed oxygen and water vapor related species, which decreases the resistance of the sensor. For oxidising gases such as nitrogen dioxide (NO2) and ozone (O3), the resistance increases with increasing gas concentration. Alterations in any of these parameters allow for tuning sensitivity towards different gases or classes of gases.

Semiconductor sensors are versatile and can be used to detect a wide variety of gases. They are also durable and can provide service life up to 10 years. At the same time, they can exhibit poor selectivity, potentially tripping an alarm due to the presence of a different gas. Operationally, they have a higher cost due to the power required to run the internal heating element continuously and maintain the sensor at a temperature between 100-500 degrees Celsius. They also require regular maintenance to ensure baseline shifts do not reduce sensitivity.

An electrochemical sensor is a cell with a two- or three-electrode arrangement in which concentration measurements can be performed at steady-state or transient. Depending on the mode of operation, electrochemical sensors can create potentiometric, amperometric or electrocatalytic outputs. Most are amperometric devices where the current flow is related to the concentration of the gas.

The three-electrode system operates at a fixed potential. In diffusion-limited conditions, exposure of the cell to the gas of interest results in the production of two chemical reactions. These chemical processes produce a current directly proportional to gas concentration.

Electrochemical sensors are highly sensitive, consume low power and have good specificity to target gases. Another advantage is their direct linear relationship of current output to gas concentration, allowing measurement of a real zero. One practical feature is their capacity for miniaturisation. Sensitivity, accuracy and linearity are largely independent of size since sensitivity depends on the number of reactive sites of the electrode and the size of the gas inlet.

On the other hand, responsiveness is determined by factors affecting the chemical reaction. The speed of reaction, for example, decreases with decreasing temperature, so the temperature range of electrochemical cells tends to be narrow, reducing their ability to operate in very cold weather. Additionally, the presence of alkaline metals and silicone vapors can reduce sensitivity and accuracy. 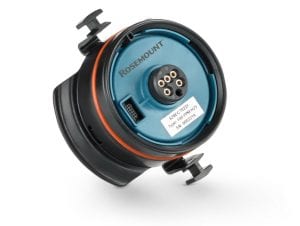 While both technologies have advantages and drawbacks, operational effectiveness also depends on the larger system to which they are connected. Some users take the diversity approach and deploy both, while others have found ways to mitigate specific downsides. For example, the temperature range and stability of some electrochemical sensors can be extended by using ionic liquids as the ion conductor.

Such improvements have extended the ability of electrochemical sensors to operate effectively in low-humidity environments with longer service life (Figure 1). Additionally, their high degree of selectivity helps them overcome the effects of sensor poisons and interfering agents.

The choice of detection method for monitoring toxic gases is still subject to debate with electrochemical and semiconductor sensors both offering significant benefits, such as accuracy, reliability and ease of use. The scale usually tips to electrochemical thanks to reduced cost of ownership reinforced by high sensitivity, selectivity and reduced maintenance. Such advantages translate to cost savings over the device’s useful life.

The ability to extend the temperature range of electrochemical sensors has effectively eliminated the most problematic drawback of the technology, allowing its other advantages to emerge as key deciding factors.

Machine Vision: Let There Be Light
How Standards And Conformance Tests Shape the Future of 5G