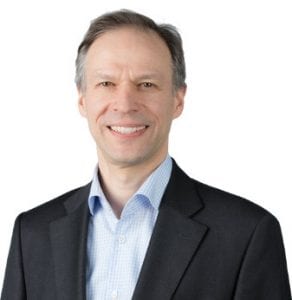 Despite huge investments in the renewable energy sector, the coal sector in Southeast Asia has a positive outlook in the short term with Indonesia, in particular, seeing an expected production increase of 3 percent on average annually from 2016 to 2020, according to BMI Research, a unit of Fitch Group.

Recently, GE handed over Southeast Asia’s first 1,000MW ultra-supercritical coal-fired power plant to Malaysia’s Tenaga Nasional Berhad. The Manjung 4 Power Plant is the region’s single largest ultra-supercritical unit. GE was the EPC contractor for this project, together with its consortium partner CMC Engineering for the power plant. Compared to other Manjung units, the Manjung 4 project seen up to a 70 percent reduction in SO2 and NOx emissions. The Manjung 4 Power Plant produces enough electricity to power nearly two million households.

Matthias Schweinfest, the general manager for projects at GE Steam Power Systems gave more details on the technology behind the Manjung 4 project as well as the general outlook for the regional coal sector.

Matthias Schweinfest (MS): With most of the today’s installed base of coal-fired power plants operating at sub-critical levels, there is a need for smarter, cleaner steam power solutions that also address stricter regulations in a post-COP21 world. This is where GE’s technology is ready to respond – our solutions are efficient and flexible, which means that we can help our customers generate electricity that is affordable, reliable and sustainable.

Our ultra-supercritical (USC) technology can deliver up to 47.5 percent efficiency rates. This is significantly higher than the global average of 34 percent. Our advanced ultra-supercritical technology can deliver an additional 1.6 percentage points, driving towards 50 percent efficiency. For a 1,000MW base plant in Asia, this is an economic benefit of US$80 million in additional value for our customers.

Additionally, a one percentage point improvement in efficiency means a two percent reduction in CO2 emissions so this is a significant impact for a coal-fired power plant. Lower emissions also mean cleaner air. With 80 years of experience and the broadest range of Air Quality Control Systems (AQCS), our technologies can address all the sources of non-greenhouse gas emissions, like NOx, SOx and particulate matter from any coal-fired power plant to meet and exceed the world’s strictest regulations.

Across the region, GE is helping customers and local economies achieve higher efficiency, lower emissions, better economics. A good example of this is Manjung 4, a USC plant which was recently handed over in Malaysia.

Q: Is the technology specific to coal powered plants or is it transferable to other industries?

MS: Yes, parts of the technology are transferrable. An example of this is bottoming cycle, where waste heat is used to produce electricity. What we are doing on the coal-fired plant, can also be applied in power plants using other fuels. New materials will enable bottoming cycle to operate at higher cycle conditions, leading to a higher overall efficiency.

MS: We believe that coal remains a vital component of the region’s energy mix. Globally, 40 percent of the world’s electricity is produced from coal and we predict that amount will decrease only slightly, to 30 percent, over the next decade. With nearly 900 billion tonnes of reserves available, in some parts of the world, coal remains the only self-sufficient and affordable means to produce power and provide energy security.

The Manjung 4 USC plant that was recently handed over in Malaysia is proof that coal can continue to play an essential role in meeting the region’s growing energy needs reliably and sustainably. Using GE’s ultra-supercritical combustion technology, Manjung 4 can generate electricity with lower emissions up to 10 percent more efficiently than the global average of coal-fired power plants. Each additional percentage point in efficiency reduces carbon dioxide emissions by 2 percent, as well as lowering plant operating and overall lifecycle costs.

We believe that coal will continue to have a role to play in this region. Efficient technologies have, in terms of USC and air quality control systems, helped our customers and local economies achieve lower operating costs and reduced both greenhouse and non-greenhouse gas emissions.

MS: According to the Asian Development Bank, energy demand is projected to almost double in the Asia and Pacific region by 2030. And

the reality is that many countries in this region, because of economic and local resource dynamics, will need stable energy that can be supplied by coal. This includes using coal as a source of ancillary power in response to intermittent renewable energy sources.

There are tremendous opportunities for GE in this region. Over the next decade, ASEAN countries are expected to order ~174GW (6 percent of global) of new power generation almost doubling from the current installed base of ~200GW; 38 percent of which will come from coal (32 percent gas / 15 percent renewables / 8 percent hydro / 7 percent others).

We have seen an increasing level of interest from our customers in the region in investing in the most modern and efficient technologies in the market, such as ultra-supercritical and air quality control systems. They are also interested in the full EPC scope – Engineering, Procurement and Construction. Manjung 4, a USC plant which was recently handed over in Malaysia, is a great example of a plant that has all three elements.

Q: Other than coal power, where do you see growth opportunities in Southeast Asia?

MS: We see a huge potential in the renewable energy sector in Southeast Asian markets such as Indonesia and are ready to bring our technologies to such markets. For Indonesia’s 35,000-megawatt electricity programme, the government aims for 25 percent of the power plants to produce renewable energy, slightly higher than that from gas-fired power plants, which is set at 24 percent. Coal fire power plants still dominate with 50 percent.