Bosch has announced the signing of a Sales and Purchase Agreement (SPA) with the Penang Development Corporation for land in the Batu Kawan Industrial Park in Penang. The company plans to build a manufacturing facility there focusing on the business of semiconductor components and sensor testing. The construction of the plant is scheduled to begin in 2021 and completion of the production area and first series production to commence in 2023. Some 400 associates are expected to work at the new facility.

The building will sit on an approximately 100,000 sqm of land and will primarily focus on the final testing of components manufactured at Bosch Automotive Electronics’ fab in Dresden, Germany. These components comprise semiconductors used in airbag systems or engine control units, to name a few. The plant will also house R&D and training facilities.

“With the long-term forecasts for growth of semiconductor component quantities, coupled with the front-end production in Bosch’s Dresden facility in Germany, capacity expansion is required for the back-end production, which is the final testing phase of semiconductors. This new site is also intended to strengthen the matured eco-system for the semiconductor industry here in Penang,” said Simon Song, managing director of Bosch Malaysia.

Dato’ Azman Mahmud, Chief Executive Officer of the Malaysian Investment Development Authority (MIDA) said, “Bosch’s commitment in complementing Malaysia’s electrical and electronics (E&E) ecosystem is a true reflection of the company’s continued confidence in Malaysia as a preferred destination for long-term growth. This project will also serve as a catalyst in developing a higher level of expertise through the adoption of Industry 4.0 and production automation in the industry.”

Penang, Malaysia as the preferred location for facility

The final testing facility in Penang will be the first of its kind for Bosch in Southeast Asia, and was chosen in the region for several reasons. First of all, there is a high level of semiconductor knowledge in the region. The proximity to business partners is another advantage. Malaysia and especially Penang have the ability to manufacture economically, even under cost pressure. According to statistics, Malaysia contributes ten percent of back-end semiconductor output globally, among which eight percent is contributed by Penang.

“The State government is pleased to further strengthen our relationship with Bosch, one of the eight pioneers that charted Penang’s industrialisation five decades ago,” said Right Honourable Mr. Chow Kon Yew, Chief Minister of Penang. “Bosch new investment ventures implies the company’s confidence in its technology for the future and Penang’s ecosystem is capable and sustainable in fulfilling the stringent requirements of the automotive industry.” 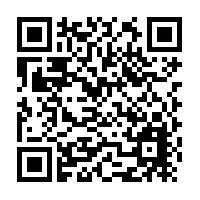