SINGAPORE: Alstom has announced that Ling Fang has been appointed to the position of Senior Vice President (SVP) of its Asia Pacific region. In this role, Ling will provide further leadership and strategic direction to support the company’s accelerated growth plans throughout the key Asia Pacific region, with 12 active markets covering India, Australia, China, Singapore, Indonesia, Malaysia, Thailand, Hong Kong, Vietnam, Taiwan, Korea and the Philippines. 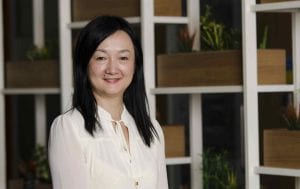 “Demand for rail transport continues to grow year by year in the Asia Pacific region. Increased infrastructure development and government budget allocation, as well as the ongoing and upcoming projects due to its rapid urban urbanisation, has positioned the Asia Pacific region as the largest and fastest-growing market in the transportation sector,” said Ling Fang.

Ling Fang joined the Alstom Group in 1995 as an Auditor of Corporate Internal Audit Department in Paris, France. Since then, she has held several leadership positions in her 20-year career at Alstom, including Finance Director for China, Vice-President Finance for Asia Pacific, Vice-President Strategy and Market Development for Asia Pacific, and Managing Director for China.

She most recently served as Managing Director for China and East Asia, where she delivered exponential business growth through key breakthroughs in the green field markets of Vietnam and the Philippines, the introduction of new products such as tramways in mainland China and Taiwan, and the consolidation of Alstom’s position in all major markets.